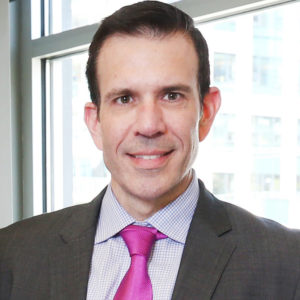 Chief Executive Officer and Board Member

Dr. Shawn Iadonato serves as Kineta’s Chief Executive Officer. He has nearly twenty years of experience leading startup biotech companies. Dr. Iadonato is a co-founder of Kineta and initially served as Chief Scientific Officer. Under his leadership at Kineta, the company established a proprietary screening platform for identifying innate immune modulators and has advanced novel drug programs in immuno-oncology, neuroscience and biodefense. The company also established strategic partnerships with Pfizer, Genentech and the Wellcome Trust.

Prior to founding Kineta, Dr. Iadonato co-founded and served as CSO of Illumigen Biosciences, Inc. At Illumigen Biosciences, he pioneered a patented drug discovery platform that relied upon recruitment and screening of healthy populations to elucidate their shared “wellness” genes. Dr. Iadonato also led the successful discovery and preclinical development of Illumigen’s anti-hepatitis C drug, which ultimately led to the sale of the company to Cubist Pharmaceuticals (now part of Merck & Co.) in 2007. Before Illumigen, Dr. Iadonato managed the Human Genome Center at the University of Washington. He is co-inventor on 49 issued U.S. and foreign patents. He is Principal Investigator or co-Investigator on numerous government grants and contracts. Dr. Iadonato received a PhD in Genetics from the University of Washington and is a graduate of the University of Pennsylvania.